Car Safety Innovations Through the Decades

Car Safety Innovations Through the Decades 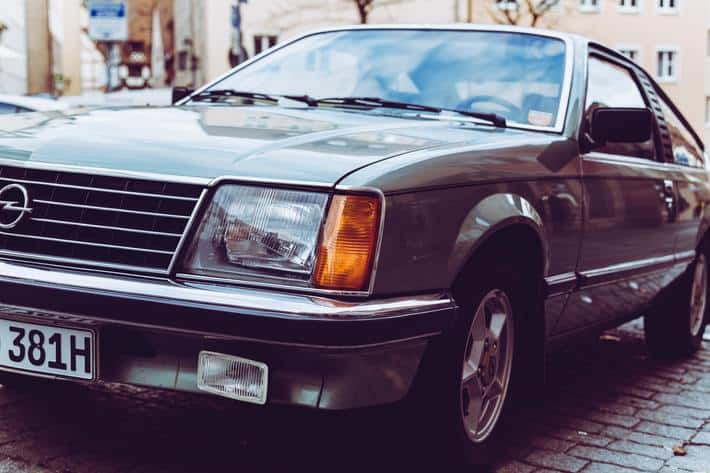 Karl Benz is credited with inventing the automobile in the mid-1880s. It was little more than a seat, three wheels, and an internal combustion engine. It was so bare-bones in fact, that when Karl’s wife Bertha attempted the first long-distance trip with the car, 66 miles, she made a number of technical improvements along the way. She even made a major safety innovation, adding leather to the brake blocks. Since then, there have been a number of major safety innovations, including

Car safety innovations of the 1920s

One of the major innovations of the 1920s was the switch from two-wheel brakes to four-wheel brakes. This shift occurred after it became widely-accepted that car design could contribute to accidents or accident prevention. Prior to that time, many people championed the idea that driver education, law enforcement, and road design could be used to prevent all road accidents.

Another major safety innovation of the 20s was driven by the injuries caused by glass shards, shatter-resistant glass. Early experimentations included doing things like ebbing horizontal wire through the glass to minimize shattering during accidents. Eventually, companies began making windshields out of layers of glass with celluloid in between them to prevent dangerous shattering.

Car safety innovations of the 1930s

The 1930s saw the invention of a safety feature most drivers are personally familiar with, Driver’s Education. Invented in Pennsylvania, Driver’s Ed has taken a number of forms over the years. Initially, demand was low, so there was more individualized instruction. As the number of students increased, classroom learning became more prominent. There were even driving simulators developed by insurance companies for student to use to practice.

Car safety innovations of the 1940s

The 1940s saw the wider availability of a number of features that we consider beyond standard, seatbelts and windshield wipers. These were introduced as part of the continuing effort to improve driver safety, though things like seatbelts wouldn’t be a mandatory feature in cars for some years. Some people didn’t even like seatbelts because it reminded them that car accidents were a real possibility.

Car safety innovations of the 1950s

The 1950s saw one of the most important innovations in car safety, crash testing. This included things like using crash test dummies to try to gauge the impact of crashes on drivers. Power steering was also introduced in the 1950s. Not exactly a safety feature, but being able to turn the car wheel easily does have a number of safety benefits. For example, it makes it easier to maneuver around obstacles.

Car safety innovations of the 1960s

In the 1960s, car safety innovations began dealing less with improving car construction and passenger restraint, and focus more on driver assistance. For example, in 1960, Charles Adler Jr. developed the Spaceometer. It was a device that showed the recommended number of car lengths drivers should keep from the car in front of them at a given speed. The first collapsible steering columns were also introduced during the 1960s. This was to reduce the likelihood that drivers would be crushed or impaled by their steering column during an accident.

The National Traffic and Motor Vehicle Safety Act was passed in 1966. This eventually led to things like seatbelts, padded dashboards, and other features becoming mandatory in all new cars. While these features had previously existed, only certain states, and only starting in the 1960s, had required that they be included on new cars. And for things like seatbelts, although it was mandatory to include them in cars, it wasn’t mandatory that they be worn by drivers until 1984 at the earliest. Since the 1960s, seatbelt laws have been amended a number of times. Currently, they require a three-point restraint system to be installed for each seat in a vehicle.

Car safety innovations of the 1970s

The 1970s saw the introduction of airbags. These were originally an optional feature included in larger GM cars. The National Highway Traffic Safety Administration, NHTSA, also began crash-testing popular cars and publishing the results. This not only informed consumers, but pushed manufacturers to improve vehicle safety.

Car safety innovations of the 1980s

Although breathalyzer technology had been around in one form or another since the 1920s, and what people usually think of as a breathalyzer has existed since the 1950s, it wasn’t until the 1980s that the ignition interlock breathalyzer was invented. This was a major boon to public safety, preventing cars from starting for someone who is over the legal limit. The third warning brake light also became mandatory in the 1980s. This one was placed in the middle of the back of the car.

Car safety innovations of the 1990s

Airbags became mandatory in the 1990s. The number and type of airbags in cars have been increasing ever since. Side airbags were also introduced in the 1990s.

Car safety innovations of the 2000s

As car safety continues to evolve through the decades, the number of major, new innovations falls off. The industry is producing smaller enhancements to existing systems and changing the laws surrounding them. For example, trunk releases became mandatory in 2000 to prevent people from becoming stuck in car trunks. Side impact tests became more common and the NHTSA also released data on rollover testing for SUVs.

Car safety innovations of the 2010s

A lot of the innovation around car safety since the turn of the century, and particularly in the second decade, has centered around computer-assisted safety features. For example, there have been a proliferation of things like automatic breaking and systems to alerts you if drift out of your lane.

Car safety has come a long way since Karl Benz and his wife Bertha. Gone are the days when a car’s primary safety feature was the driver’s awareness. Now cars have computer-assisted safety features ranging from anti-skid mechanisms to sensors that can apply the brakes for you. Who knows what fascinating device car manufacturers will create to keep people safe in the future?