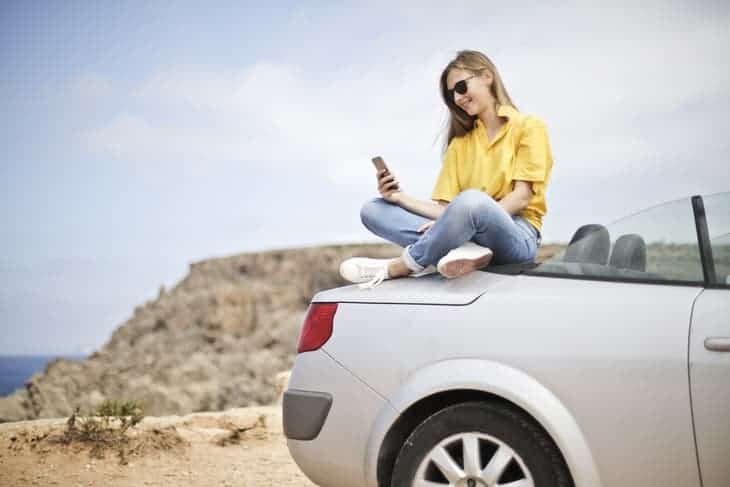 Apple Pay is a convenient way to use money, and many consider it the way of the future. If someone left their wallet at home or want to make a quick buy without having to pull out their wallet and enter a pin, then Apple Pay is the way to go!

It would also help to have an iPhone, hence the name, (sorry Android users), but how does Apple Pay work?

Let’s go over the basics as Apple Pay has several components and options that make Apple Pay seem like another foreign language, especially since in-store purchases, and other factors tend to make it harder for an older generation to understand. However, convenience is what makes Apple Pay so much better to use than standard cash or cards.

So here’s a refresher course of the Apple Pay terminology that will serve as a brief guide:

Apple Pay: In short, Apple Pay is a mobile payment and digital wallet service that was introduced by the Apple company several years ago and has since become a popular method of paying in-store, or online through one’s phone!

Wallet: Nope, not the one that lives in most people’s wallet! Instead, this is the name of a digital wallet that is an additional application from Apple, that stores the Apple Pay Cash card, additional credit cards, debit cards, loyalty cards, boarding passes, tickets, and so much more. Basically, a leather holder of cards could easily be replaced by having all digital cards through one’s iPhone.

With that techno jargon out of the way, seeing how Apple Pay works is as easy as getting it set up!

Through additional, easy set-up, the user could also use the Apple Pay features using an iMessage app, Siri and on that brand-new Apple Watch as well!

Aside from its versatility, there are so many options and ways one could use Apple Pay that makes it feel like the future is now. As a result, here are some ways to get the most out of Apple Pay, and the Apple Pay Cash card!

How to get the most out of Apple Pay!

Say someone is traveling in Japan and wanted to be able to pay without having to transfer cold-hard cash into another currency. Luckily, the Apple Pay revolution has made it possible to pay from one’s iPhone!

Let the cashier (hopefully one is in China or Japan and knows some basics of the language, or if the cashier knows English) know if they’re paying with Suica, iD, or QUICPay.

Simply look for the logo on the card in Wallet. To use the Suica card that’s set as one’s Express Transit card, simply hold the top of the iPhone near the reader!

For a more practical way to get the most out of Apple Pay, anyone with the system can switch cards whenever they want to use a certain credit card instead of the debit for the weekend: Using the Wallet application, switching from the default card to another just takes some verification and finger swipes that makes shuffling out of a real wallet a thing of the past!

At participating stores, people can even receive or redeem rewards by using Apple Pay! Just add the rewards card to the Wallet and use it to pay when activating Apple Pay for the in-store purchase.

However, if someone wants their rewards card to appear automatically for that in-store purchase, simply go to the card, tap, then turn on Automatic Selection. After using the rewards card, Apple Pay switches to the default payment card to pay for the purchase.

Depending on the store, someone can even apply their rewards card and payment card in a single step, or they might need to wait until the terminal or cashier asks for payment. Saving and racking up points with the future could never be easier!

Those who want to get the most of Apple Pay’s payment tracking also have the option to view their last transaction for each credit card or debit card under their Wallet application. They might also get to see the last ten transactions for their cards. Just tap the card, then tap the Transactions tab.

With these tips and tricks, figure out how easy it is to pay with Apple Pay and the Apple Pay Cash card!

How to use Apple Pay Cash in-store, online, and everywhere else

Now that one understands the many options available to them with their Apple Pay Cash card, it’s time to put the purchasing to the test. Whether online or in-store, here’s what any buyer needs to know:

Apple Pay Cash in-store: Always look for the symbols that indicate that purchases in-store can be done with Apple Pay. Usually it is near the register with the Apple logo, or the little waves next to a hand with a card symbol. The last thing anyone wants to do is try Apple Pay in a place that does not allow it, especially if they had decided to leave their wallet at home because of it!

Apple Pay for online purchases: Like the in-store purchases, Apple Pay also allows digital shoppers to pay within apps. Just locate the symbol or option that allows for Apple Pay and select the card from the Wallet application!

Apple Pay may seem like complicated technology but learning how Apple Pay works and how to use it, the method becomes a more convenient way to pay than cash!