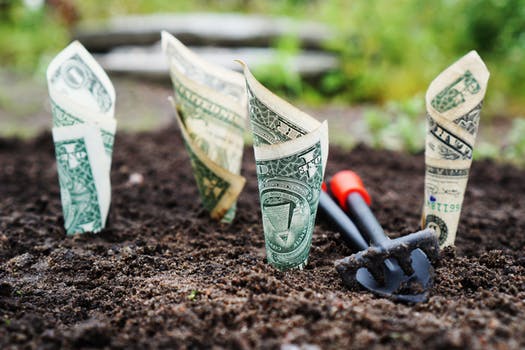 Even though iPhone users have Apple Pay, Android fans won’t have to worry about missing out on the future of paying. Strangely enough, Google Pay was originally called Android Pay, but serves as a dynamic and more convenient way for people to pay through their Google services.

But how Google Pay works is one question people who don’t use Apple Pay may be asking, which is why this comprehensive guide looks to answer that!

How Google Pay works is that it is a mobile payment app that can store credit cards, debit cards, loyalty cards, etc. Google Pay is also accompanied by the Google Wallet app, which is used for sending and requesting money in a similar way that the Apple Wallet does so.

To make things more complicated, Google Wallet has had its name changed to Google Pay Send, which is done to keep it in line with the Google Pay brand.

But before one could begin using Google Pay and Google Pay Send, here is what someone will need to use the service:

The one down side to Google Pay is that it is not supported on iOS devices for in-store payments. However, downloading Google Pay Send allows the user to send and receive payments using Google Pay in a manner that is like other peer-to-peer payment apps like Square Cash and Venmo.

Without further ado, here’s (step-by-step) how Google Pay works when getting it through an Android mobile device:

Now that it is set-up, how Google Pay works in the real world is the easy part! Just about anywhere with a credit card terminal with the Google Pay symbol can make paying almost anything (loans, shoes, groceries, homes) easier! From there, all someone needs to do is move their phone or watch up to the terminal’s contact point, then wait for the blue check mark indicating that the Google Pay account info has been received!

How Google Pay Works with Other Devices Besides Smart Phones!

Using Google Pay for online shopping is easy too! Just look for websites with a “Buy with Google Pay” symbol and control all that card information from the Google Pay account page, this can be done not only from one’s phone, but through their computer as well! The advantage and ease of use comes from the Google Pay application being linked to the user’s Google account!

People can even link their PayPal to Google Pay to get the security and ease of PayPal when they shop with Google Pay in-store and online.

But how Google Pay Works on a computer may require additional information, so here’s how it works!

Using Google Pay with a Computer to Send Money

The same goes with paying a money request!

Using Google Pay with a Computer to Pay a Money Request

It’s really that easy to integrate Google Pay and Google Pay Send through a computer, but when it comes to knowing how Google Pay works, some may be wondering what to expect in terms of the Google Pay fees.

Sure, PayPal may well be the best-known of these peer-to-peer payment services, but it is no longer the only one available to people.  With the Google Pay and Google Pay Send services, and Google Venmo, Square Cash, and Apple Pay Cash.

PayPal has long been the go-to for online shopping, and the fact that it can be used to transfer money between friends is simply a bonus that makes it the clear competition for Google Pay, especially as Google Pay fees do exist in certain circumstances.

However, the benefit comes from how it stacks up with its competitors. Currently, Google Pay fees only function as a 2.9 percent fee, which is equal or less than the likes of Venmo, Paypal and SquareCash. Their max transfer limits also top at $9,999 compared to PayPal’s $10,000.

In fact, looking at Pay Pal, not only does it charge a 2.9 percent fee for money sent from a debit or credit card, it also charges an extra 30 cents on top of all of that!

Depending on which service one uses, there’s plenty to argue on how Google Pay holds up, which is why Google Pay fees could feel like a small price to pay (pun intended) when it comes to convenience and ease of use, especially now since the capabilities of how Google Pay works has been demonstrated!