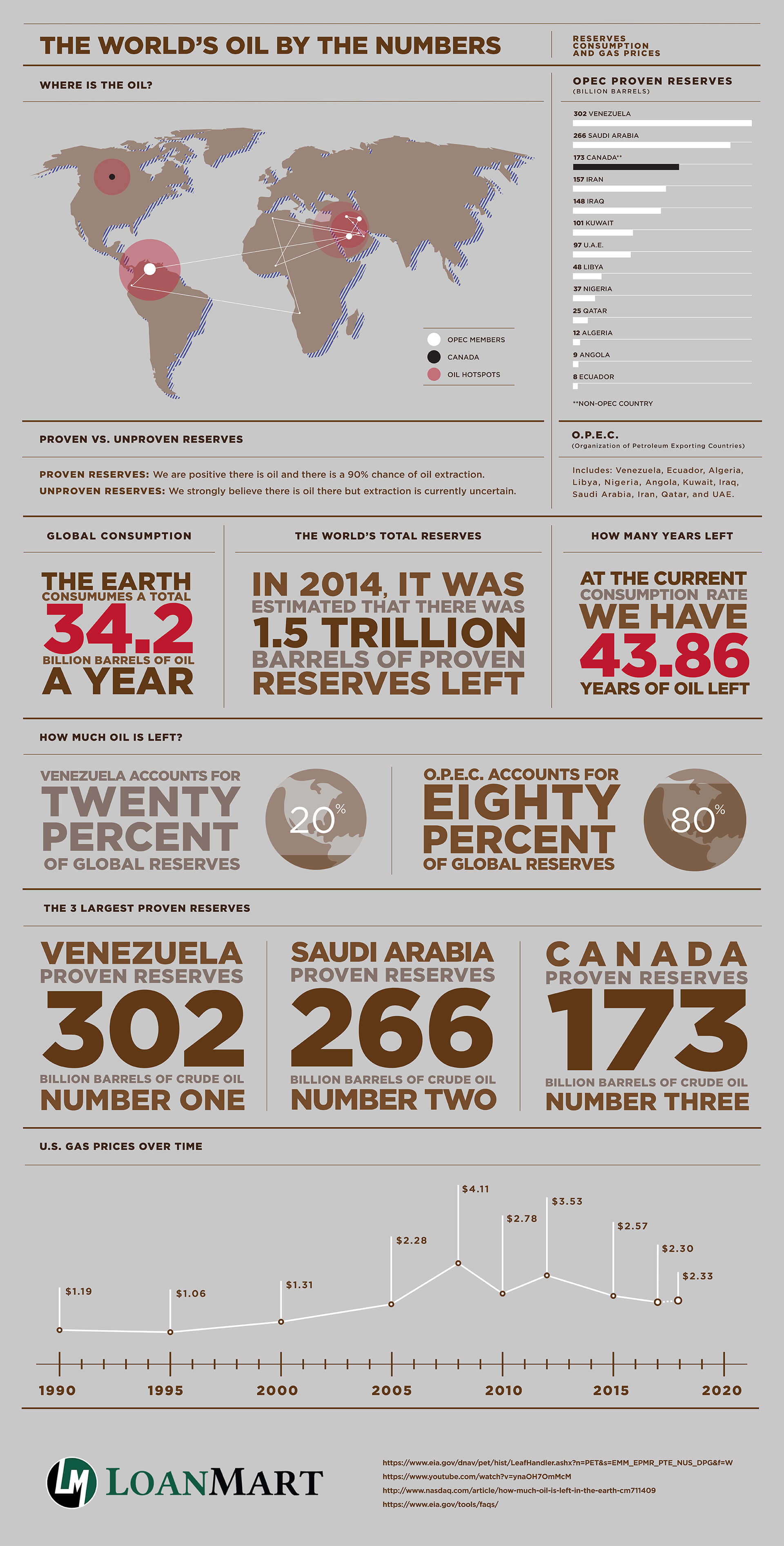 Is the United States running out of oil? We have less than half a lifetime to run our cars, shop online, and eat fresh vegetables before we run out. How did we get here and what can you do to stop it?

Are We in the Middle of an Oil Crisis?

Most of our oil comes from the Organization of the Petroleum Exporting Countries (OPEC), which was established in 1960. The organization now accounts for 80% of the world’s oil reserves.

The image shown depicts the current state of oil in the world. We’re using a lot of it for many different things, and we can’t keep it up for much longer. This trend has moved many experts to say that we are in the midst of an oil crisis, one that we may not be able to recover from. Here are some of the ways the United States contributes to this downward spiral.

If we continue to consume oil at the current rate, we have less than 44 years of oil left. If that seems like a freakishly short amount of time that’s because it is. If we run out of oil the world will no longer be able to use this kind of fuel to:

We Use A LOT of Oil Many Different Ways

Crude oil and other liquids produced by fossil fuels are refined into petroleum products that do many different things for us. Petroleum products allow us to travel far distances, stay warm in our homes, shop online, and to use a lot of items we may take for granted. Here’s a list of the petroleum products we use the most.

#1: Gasoline – In case you couldn’t guess, gasoline is the most consumed petroleum product in the United States. Gasoline allows us to do all kinds of things like: go to places beyond walking distance, (and shamefully within walking distance as well), have delicious pizza delivered to our homes, and drive around the parking lot for twenty minutes looking for the perfect spot that is closest to the entrance but also under a shady tree.

#3: Hydrocarbon gas liquids, (HGL): HGL’s are the third most consumed petroleum product in the world. HGL’s are cool because they occur as a gas at atmospheric pressure and as a liquid under higher pressures. This change in form means that HGL’s have many more uses, most of which we utilize daily.

# 4: Propane – Although propane is a HGL, it is so heavily consumed it deserves its own category. Propane does things like heat our homes in the winter, dry our clothes in the dryer, and light our stoves when we heat up the leftovers in our Tupperware, (protip: remove leftovers from plastic Tupperware before heating them on an open flame).

#5: Jet fuel – Last but certainly not least, jet fuel is the fourth most used petroleum product in the United States. You can travel across the country in a matter of hours, all because of the jet fuel used to power massive transportation mechanisms like airplanes. Last year Americans consumed 1.6 million of barrelsof jet fuel a day.

Foreign Relations Affect How Much Oil We Can Use

The United States has had somewhat of a rocky relationship with the OPEC over the years, this in turn has affected how we consume oil … when we can consume it. In 1973, Arab members of the OPEC imposed an embargo against the United States in response to the U.S. providing aid to the Israeli military during the Arab-Israeli War.

The result of this embargo was a hurting U.S. economy. If people couldn’t gas up their cars, how could they go to the store to buy things?  If flights were cancelled because of insufficient fuel, airlines would be forced to refund tickets and lose money. This meant people had a harder time traveling and spending money in other places.

Although the embargo was lifted in March 1974, the effects can still be seen today. The embargo pushed the United States into becoming as energy sufficient as possible, although to this day we are still heavily reliant on foreign relations for oil.

The United States is compelled to remain on good terms with countries operating within the OPEC, or risk another embargo. This leaves the U.S. at the mercy of the OPEC when it comes to oil prices and exportation.

Too Much Oil is a Problem

Why is too much oil a problem? It seems like it would be great! Everybody could gas up their car for a fraction of the price, right? Wrong. Too much supply and not enough demand when it comes to oil can be enough to completely destroy the economy of not only the United States but other countries around the world as well.

If there is an over-supply of oil, prices are forced to fluctuate in order to compete with other oil reserves that may not be a part of the OPEC. This fluctuation means countries that extract oil and countries that invest in the oil extraction will make less and less money as time goes on. So while an over-supply of oil may seem like a dream for your personal economic status, it’s not doing any favors for your country.

Is There a Solution to the Oil Crisis?

Without being able to shop online in a warm and cozy home, it may feel like the world is going to end. Is there anything we can do to stop it? Yes and no. While we can’t control what the rest of the world does, we can regulate how we ourselves consume oil. This starts with being aware of the issues.

In 1992, the United Nations Conference on Environment and Development (UNCED) was held in Brazil. Maurice Strong, the Conference Secretary-General called the conference a, “historic moment for humanity.” Nicknamed “The Earth Summit,” this conference brought 172 governments, 108 at the level of heads of State or Government, together to formally talk about the environment and sustainable development for the first time.

The Earth Summit is significant because it served as a kind of wake-up call, saying that the Earth cannot and will not last forever if we keep extracting and destroying without any kind of reparations in mind.

What are some things you can do?

While we can’t change the world in a day, it only takes one day to start making a change.

Can I get a car title loan with a different name in Kingman?
Previous post: The Difference Between a Title Loan and an Auto Loan
Next post: One-Day Road Trips from Phoenix